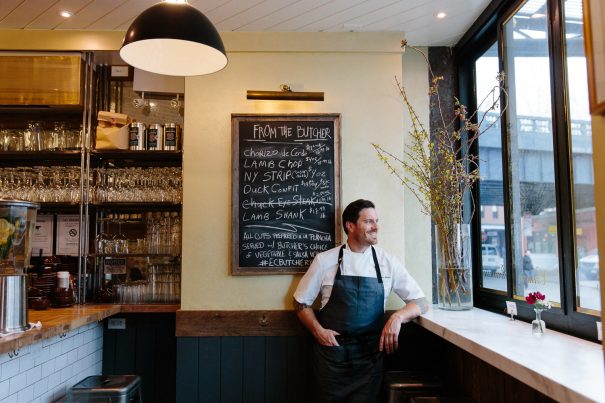 It’s Aruba Restaurant Month, and we’re celebrating throughout October at Divi Resorts. In addition to the special menus on offer throughout the month at Windows on Aruba and pureocean, Windows on Aruba is hosting the award-winning New York chef Seamus Mullen for a one-night-only dinner on Friday, October 14.

Chef Seamus is a chef, restaurateur and cookbook author who is best known for his inventive yet approachable Spanish cuisine. He has appeared on the Food Network’s The Next Iron Chef, as a featured judge on Chopped and Beat Bobby Flay, and as a guest on The Today Show and CBS’s This Morning.

Seamus opened his first solo restaurant Tertulia in Manhattan in 2011, which was awarded two stars from The New York Times, and was named a finalist for the James Beard Foundation Award for Best New Restaurant. In 2013, he opened El Colmado, a Spanish tapas and wine hall in New York’s Hell Kitchen. He has been named a semi-finalist for Best Chef New York City by the James Beard Foundation three years in a row.

The VIP dinner at Windows will feature a prix-fixe menu created by Chef Seamus. Each course will be paired with a different wine from the restaurant’s extensive selection. The dinner will be available at a rate of $120 per person. Advance reservations are required, and can be obtained by emailing clubhouse@diviresorts.com or calling 297-523-5017.