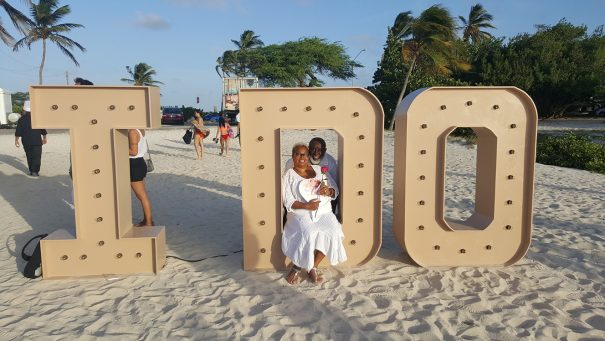 Meeting Brenda and Joseph Farmer, from Morningside, Maryland, you get the sense that they are devoted, not only to each other, but to their vacation time as well.  Seven years ago, while walking along Palm Beach, they came across Divi Aruba Phoenix Beach Resort and took a tour.  The couple purchased one week in August on the spot, and then for the next six years kept adding to their ownership.  Last year, they decided to become Divi Vacation Club President’s Elite Members, owning Pure Points Prime, which gives them flexibility to enjoy both their fixed weeks or Pure Points, depending upon their travel plans.

“We come every August for multiple weeks,” explains Brenda. “It’s our anniversary and a special time for us. We sometimes have family join us, but the rest of the time is for the two of us to unwind.”

While they love their one-on-one time, the Farmers share the third week of their stay with friends and family, enjoying quality time together and discovering tourists spots around Aruba.  Last year, when their son got married, they gifted the lucky couple a honeymoon at Divi Aruba Phoenix using some of their Points.

During their visit last August, the two celebrated their 35th wedding anniversary in a very special way.  On August 8th, the island of Aruba invited lovebirds to “Renew Their I Do’s” as the sun set on Eagle Beach.  Donning all-white attire, the Farmers joined in on the picturesque event.

“It was very romantic,” says Joseph. “We had pictures taken at Divi Aruba Phoenix, then we were taken to participate in this beautiful ceremony with hundreds of couples. Afterwards, they had plenty of food, drinks, and entertainment, and there were even photographers to capture the perfect moment. We were simply overwhelmed. We were even interviewed by Aruba Today and ended up in the local newspaper!”

The night came to a close with a surprise pampering from the wonderful staff at Divi Aruba Phoenix, including a turndown of rose petals, champagne, candles and anniversary cake at one of the restaurants. Coming up next year is the Farmer’s big family reunion.  They banked points from this year to use next year so that their two sons and in-laws could all be together.

“The flexibility of Points means that everyone can have their own unit and be comfortable,” says Brenda. “Coming back to Aruba is like coming home and we consider ourselves locals. The staff is always so welcoming and we love seeing them every year, they never change.  We also take buses everywhere, walk every day for miles, and have made great friends who we see every year.”

For Brenda and Joseph Farmer, being a part of the Club is the gift that keeps on giving. 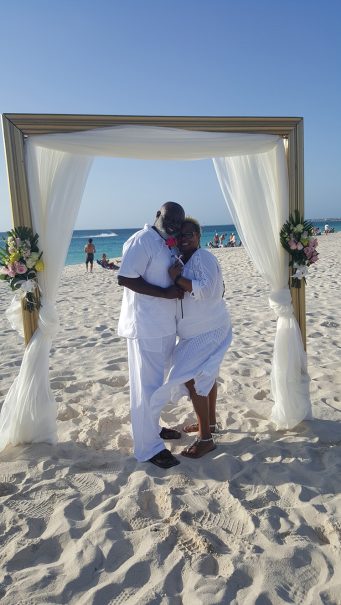