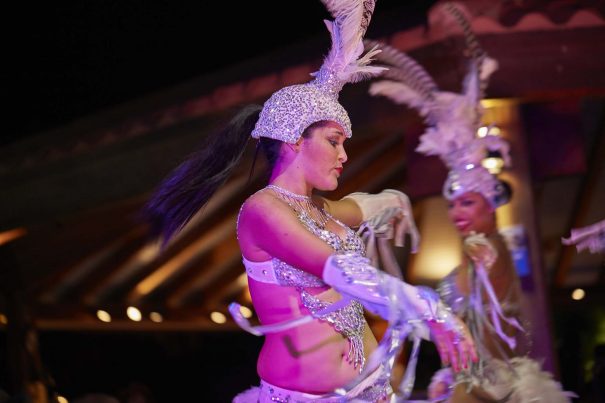 Carnival is hands-down one of the best perks of visiting the Caribbean. The vibrant colors and lively spirit of the event keep up for several weeks, with plenty of parades, music, costume contests and phenomenal food and drink. On Aruba and Bonaire, Carnival typically takes place just before Lent—one last hurrah before a traditional time of sacrifice, almost like Mardi Gras in New Orleans. Here’s a brief tour through the festivities you can expect to see this January and February on Aruba and Bonaire. 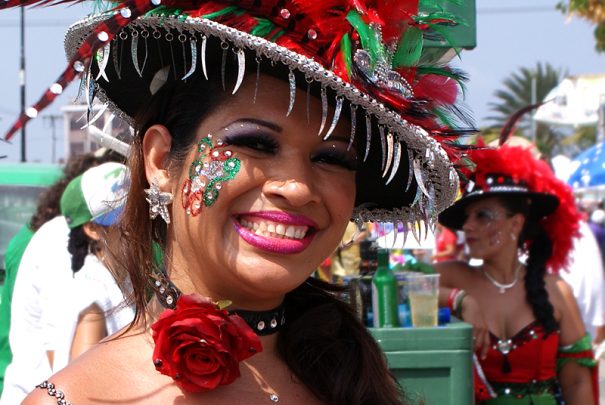 The Lighting Parade in downtown Oranjestad is not to be missed. Held in the evening, this parade incorporates thousands of tiny lights into the costumes and floats of participating Carnival groups for a truly impressive display.

Grand Parades in Oranjestad and San Nicolas are the biggest parties of the season. They completely take over their respective cities as participants decked out in glitter, feathers, sequins and elaborate headdresses dance down the parade routes, joined by colorful floats playing music. Hundreds of spectators enjoy the show-stopping pageantry in this vibrant tradition now in its 63rd year. 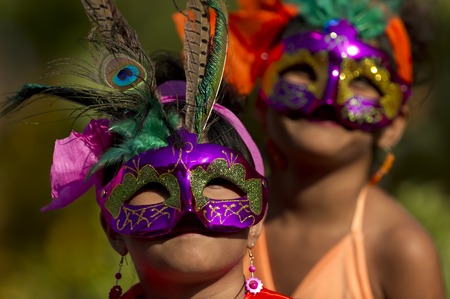 Carnival—or Karnaval, as it’s often called—is also a major event on Bonaire. The celebrations begin early in the year with tumba music festivals, most of them taking place in either Kralendijk or Rincon. Tumba is an African-influenced type of music that originated on the ABC islands. It also carries hints of merengue and Latin jazz. Local tumba musicians compete for the opportunity to play in parades throughout the season. 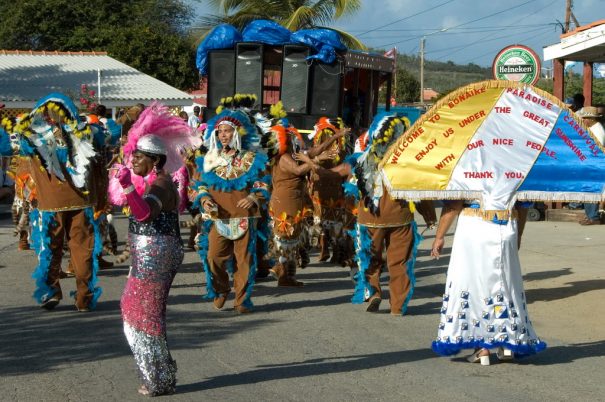 Grand Karnaval Parades are held in Kralendijk and Rincon shortly before Ash Wednesday, the beginning of Lent. Participants in vibrant sequined costumes march and dance through the streets to the rhythm of tumba music. It’s a true spectacle and a dazzling centerpiece of Bonaire culture.